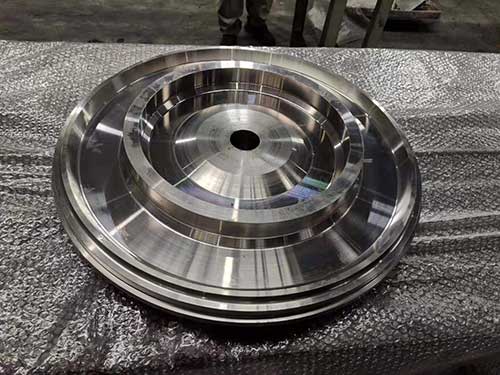 Superalloy forgings are mainly used to manufacture disks, rings, blades and other load-bearing parts of turbines, compressors and combustion chambers (including afterburners) of modern aero engines and gas turbines. Among them, the largest number of applications, the most important, and the worst working environment are turbine discs and compressor discs and blades. They are all forged from the alloy with the worst deformation properties among the complex alloying high-performance superalloys.

Fist：Superalloy disc-shaped parts and their characteristics

1. The working environment of the turbine disc

Turbine disks have high working temperature, large changes, and complex stress states, which are key parts of turbine engines. The characteristics of its working environment are as follows:

The superposition of thermal stress, centrifugal stress and vibration stress makes the stress state of the turbine disk very complicated and the working environment is extremely harsh. Therefore, the following extremely high requirements are put forward for turbine disc materials and forgings:

Second.：Superalloy blades and their characteristics