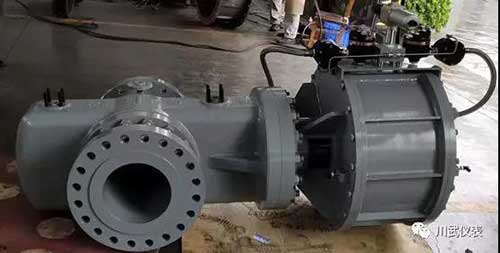 This valve is China’s CHUANWU, INSTRUMENT, CHONGQING CO., LTD. is a slide-cut valve for the pulverized coal cutting occasion produced by Hebi Coal and Electricity. This type of valve has been successfully used on the Shell furnace and has achieved a maintenance-free performance for 27 months of continuous operation. Compared with the 9-month operating life of foreign ball valves, it is three times that of foreign ball valves. Moreover, foreign valves often appear to be stuck, and the core is washed away by high-speed pulverized coal particles, causing leakage and other unfavorable production situations. Maintenance takes a lot of time, manpower and material resources.

This type of valve has the following advantages over the ball valve structure:

1. The inner trim material is made of integral 17-4PH+ spray-welded WC alloy material. WC alloys have a higher hardness than Stellite 6. At the same time, the sealing surface is subjected to grinding treatment, the roughness can reach the mirror level, and the flatness is controlled below 0.2 micron to achieve leakage above level VI. The materials are the best materials for domestic certification and are provided by Shanghai HY Industry Co., Ltd.

2. The flow direction of the medium is 90° with the valve action direction. When working, it forms a strong shear force and directly cuts the solid particulate matter at the valve core and the valve plate. It will not scratch the sealing surface. When the ball valve is small, the solid particles are easily scratched or crushed to seal the inner parts. 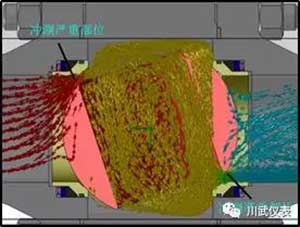 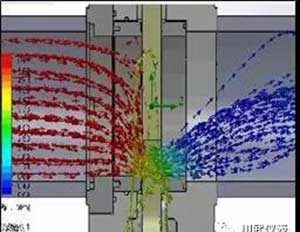 5. The sealing surface can produce self-healing effect during use, automatically repair unbalanced wear, and the valve sealing performance is better.

As shown in the figure below, it is the sealing surface after 27 months of valve use: 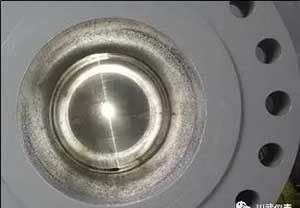 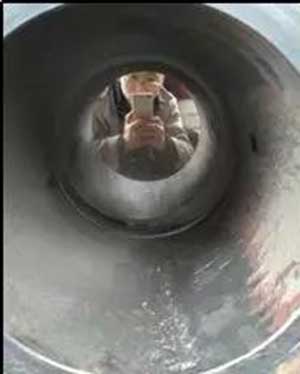 6. Add a cavity purge interface to prevent the cavity from accumulating pulverized coal.
a Opening the DN25 purging hole on the inlet side of the valve body medium, and purging the cavity with high pressure N2, effectively preventing the valve from being stuck due to the accumulation of pulverized coal in the cavity.
b Purge mode is automatically controlled. When the valve is closed, the purge valve is opened and the purge valve setting is delayed by 5S.
As shown below:

Valves of this type have successfully solved the problem of cutting and permanent sealing in the case of powders, gases or liquids containing solid particulate matter. It has a longer service life and sealing performance than the imported ball valve and is an effective substitute for such imported ball valves.

Through the production practice, valves of this type can also be used in steam cutting applications. It is used in high temperature, high pressure steam, and requires tight sealing, which can highlight the advantages of this valve structure. To achieve the VI leakage level, the ball valve must adopt a soft sealing structure, and the soft sealing material can only withstand temperatures below 230 °. Even if it is aerospace engineering PEEK material, it can only be used below the peak temperature of 300 ° C. long-term use. The metal seal structure used in the slide-off valve is not affected by the operating temperature. Under the action of the medium pressure, the sealing surface is firmly adhered to the valve seat. The greater the pressure, the better the sealing performance.