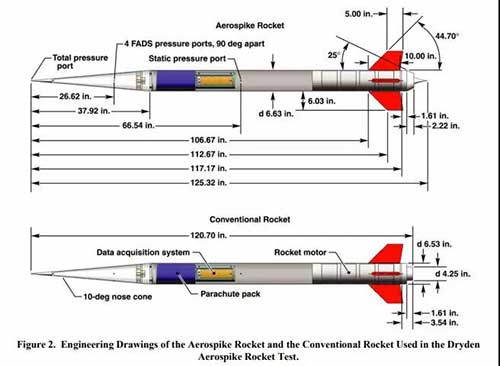 How does the Aerospike small rocket engine be implemented with 3D printing?

Marten Jurg, a member of the Amaero project at Monash University in Australia, and the preparatory doctoral student, said that the design freedom brought about by additive manufacturing can effectively achieve the technological breakthroughs required for the Aerospike engine.

The Aerospike engine is a rocket engine that maintains its aerodynamic efficiency over a wide range of altitudes. It belongs to the class of highly compensated nozzle engines. Rockets with Aerospike engines use 25-30% of fuel at low altitudes, most of which are the most demanding thrusts. 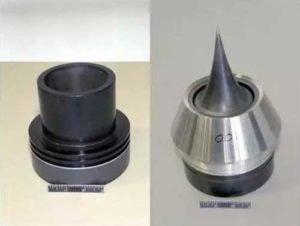 The Aerospike exhaust manifold is designed to be essentially the opposite of a traditional bell rocket. The thrust of conventional bell-shaped rockets commonly used in space shuttles is gradually decreasing, and the efficiency is highest when the ignition is launched. Then, when the rocket climbs upward, the thrust begins to weaken. The Aerospike structural design concept keeps the rocket thrust after it leaves the ground.

The Aerospike engine has been in research for many years and is the benchmark engine for many single-stage to-orbit (SSTO) designs and a strong competitor for the space shuttle host. The original XRS-2200 Aerospike engine was developed and assembled by Boeing’s Rocketdyne Propulsion and Power Company. The engine will power the X-33. The X-33 is a commercial reusable launch vehicle recommended by Lockheed Martin. However, from 1996 to NASA’s official cancellation of the VentureStar program in 2001, the Aerospike engine was highly valued and flattened. When NASA announced in March 2001 that the plan was officially declared invalid, NASA had spent nearly 10 times. Billion dollars of funds, while Lockheed Martin and other partners contributed $357 million. 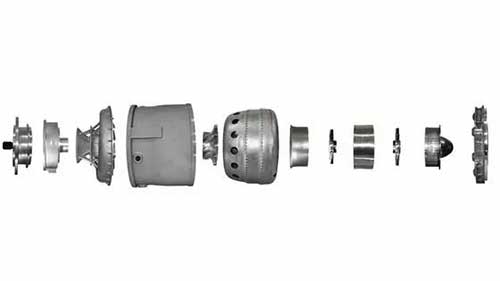 The Amaero team designed their aerospace engines from the outset around the additive manufacturing design concept. When using the Hastelloy X (a high-strength nickel-based superalloy) material on the EOS M280, the key parameters for constructing cavity size constraints, part dimensions, material properties, and part design angles, thicknesses, and layouts have been Taking into account these parameters are combined with the team’s many years of experience in processing superalloys using selective laser melting.

The Amaero team draws on the processing experience of Hastelloy to know what is possible and impossible. Through communication with fluid engineers, the Amaero team is able to quickly iterate and create geometries and features that meet key performance criteria while still maintaining the buildability for additive manufacturing. The concept of the entire design is built around value realization, such as the three-chamber design of the engine, the cut-off air plug and the cooling configuration.

The conformal cooling channel is a special design of Amaero’s pneumatics, which traditionally cannot be manufactured. Including conformal cooling, injector manifolds, elimination of high temperature seals (by making the combustion chamber a single piece), and fluid flow paths and control mechanisms all reflect additive manufacturing characteristics. Constantly changing the size and direction through separate cooling channels to cater for specific local heat fluxes is critical to ensure that the engine does not fail for continuous operation. With conventional manufacturing methods, it is possible to weld the cooling lines together, but due to the bending of the scrolls and the tubes, the tubes must continuously vary in width, which is very difficult for conventional manufacturing methods.

Since Amaero’s engine prototype can be completed in just a few months, the Amaero team has the opportunity to fundamentally rethink its design approach. To do this, they created computational tools that enabled them to quickly iterate through the basic aspects of design and quickly integrate into new design solutions. Through the parallel design method and integrated structure, the design iteration time can be greatly shortened, and the overall performance of the product can be improved.

The team that created Amaero’s aerospike engine has formed a new joint venture called NextAero to advance the work and focus on the future advancement of technology. At the same time, Jurg said that Amaero is using its Aerospike to “show the potential of additive manufacturing to those who don’t understand the process and how to build a higher performance level by working with AM designers.”

Of course, 3D Science Valley believes that this does not mean that the VentureStar program can be revived, and there is a big difference between the concept prototype and the real rocket engine size. However, as the additive manufacturing moves toward large-scale processing, perhaps the day when VentureStar plans to revive will come.

According to the market research of 3D Science Valley, Monash University has many years of experience in the field of aerospace additive manufacturing. Its research team and the university’s technology industrialization company Amaero team have cooperated with the French aerospace company Safran Group to develop two A 3D printed jet engine, which is currently in commercial stage.

In the final year of the research project, the Monash University team developed a series of conceptual rocket parts that embody the characteristics of 3D printing, one of which is a lightweight part with a conformal cooling sandwich structure inside the rocket wall.

Because the design of the structure is critical, the Monash University team developed its own micro-grid structure in the script-specific parts. With the open Arch format in the Engine-Platform software, the research team was able to avoid generating a large amount of data due to the creation of the grid structure. The abstract algorithm in the software greatly reduces the complexity of the CAD model data, making the model data easier to manage.