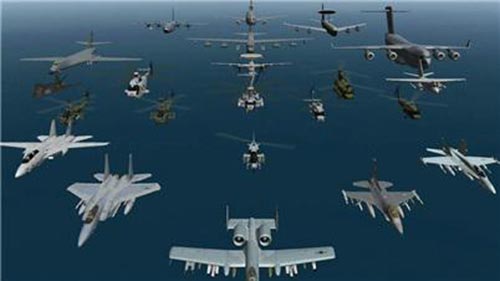 The new policy of China’s military-civilian integration has opened up a market for greater and higher-quality development of military products for steel companies. Steel companies can be further developed into sub-integrated enterprises and general integrated enterprises by current military-supporting enterprises. Therefore, steel companies should stretch the “long board”, make up for the “short board”, stabilize the “substrate”, further develop high-tech products in the “long board”, and make up for the shortcomings of information technology in the “short board”. “To improve product quality, in the context of military-civilian integration, reflect the role of steel.

By convention, about one-third of China’s defense costs are spent on the procurement and production of weapons and equipment. In the past, China’s defense equipment was mainly handled by twelve domestic military industrial groups. In recent years, due to the acceleration of military-civilian integration and the accelerated involvement of private enterprises, a number of new recruits have entered the field. According to reports, there are currently about 3,000 private enterprises in China entering the first-line procurement system of military industry in China, becoming a military production supporting enterprise, and some even become sub-integrated units and total integration units.

According to statistics, since 2009, 68% of China’s “civilian army” enterprises have come from the field of information technology, such as “Beidou” navigation equipment, missile optoelectronic devices, aerospace supporting hardware, ship supporting equipment, new aviation engine materials and general aviation. In the field, there are also a number of emerging military second, third and fourth-level supporting enterprises. Shanghai Heyi Industrial Co., Ltd. is one of them in the process of military-civilian integration.

The first plenary session of the 19th Central Military-civilian Integration Development Committee proposed to build an integrated national strategic system and capabilities to accelerate key reforms such as the defense science and technology industrial system, equipment procurement system, military price and taxation. Experts in the industry pointed out: “From the perspective of the military, it is to provide private enterprises with the opportunity to come in. The private enterprises will provide support after they come in. From the perspective of private enterprises, I want to participate in military projects without obstacles. I have the ability to participate.” Most of the foreign military industrial enterprises started from private enterprises. Lockheed Martin (hereinafter referred to as Loma), the largest US military company, is the world’s largest defense military contractor. It was originally built by several American youth aircraft manufacturers. Now, the company holds one-third of the US Department of Defense’s annual procurement budget, affecting 40% of the world’s defense market, called the world-class arms “giant.”

As a private enterprise, American Space Exploration Technology Corporation has become a new star in space in recent years. On March 6, 2018, the “Falcon 9” rocket successfully completed the 50th launch, sent 6 tons of communication satellites into geosynchronous orbit, and achieved the first-stage recycling of heavy rockets many times, creating the world. Record. The founder of this company is the young man Elon Musk. The company was established in 2002. After seven years of trials and failures, it finally achieved the successful launch of the Falcon-1 rocket in September 2008, leaving the world aerospace history with the mark of “private manufacturing” for the first time. As of 2017, the “space self-employed” completed 18 launches, accounting for 20% of the total global emissions, including the “Dragonship” into space and docked with the International Space Station, and then returned to Earth. The era of private operations in space has begun. 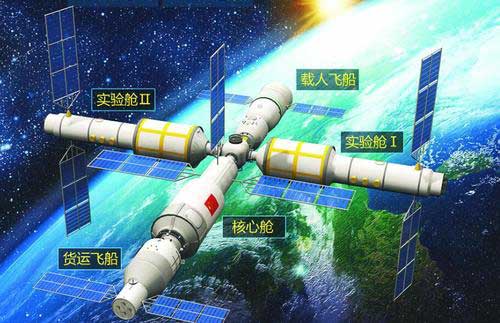 At the beginning of the founding of New China, that is, in the 1950s, the original intention of the first ф76 mm seamless steel tube mill of Anshan Iron and Steel was born for the production of raw materials for military production. Since then, Northeast Special Steel, the Northeast Heavy Machinery Plant at that time, has become the steel production base of the main military products of China’s steel enterprises. During the War to Resist US Aggression and Aid Korea, China’s national strength supported by only 600,000 tons of steel production capacity, against the United States with 90 million tons of steel production capacity, achieved a historic victory, China’s steel companies contributed to the military products. In the development process of “two bombs and one star”, Chinese iron and steel enterprises realized the localization of steel for more than 10,000 military fighters, bombers and transport aircraft. After the reform and opening up, the “Tiangong No. 1”, “Shenzhou” series of spaceships, and the “Chang zheng” series of satellite lunar exploration projects have all used China’s domestic high-performance steel for aerospace.

In 2016, the domestic large-scale aircraft C919 passenger aircraft was successfully developed. Among them, 300M steel and titanium alloy materials for aircraft landing gear independently developed by Baosteel Special Steel were used. 300M, 4340 high-strength steel and 321 and 15-5PH developed by Fushun Special Steel were used. Stainless steel, etc. In addition, China’s 001A domestic aircraft carrier is made of Angang steel. The steel used in a large number of naval vessels has already been domestically produced. The T800H carbon brazing developed by TISCO has reached the international advanced level. The high-strength carbon fiber is used by aircraft carriers for aircraft landing. The main material of the limit rope that glides into the finish line.

On March 18, 2014, China Aviation Industry Corporation issued a letter to the National Defense Science and Technology Bureau requesting Shanghai HY Industry Co., Ltd to supply GH536 pipes as soon as possible. The GH536 superalloy tube was used as the fuel mains of a main fighter aircraft of the People’s Liberation Army Air Force. China Aviation Industry Corporation raised the quality objection of the product provided by Shanghai HY Industry Co., Ltd. In fact, the products produced by the company have no quality problems, but the customers who have cooperated for many years have put forward higher quality standards: the fine layer is found on the inner wall of GH536 pipe, and it is considered that the organization is abnormal and requires rectification as soon as possible.

In the international scope, the phenomenon of fine-grained layers on the inner wall of similar military products has always existed in high-temperature alloy pipes of military developed countries such as the United States and Russia, and this phenomenon has not caused safety accidents at home and abroad. In fact, the product produced by Shanghai HY Industry Co., Ltd has a fine-grained layer on its inner wall that exists only in the 0.15 mm area in the wall thickness direction and has almost disappeared. However, the customer still insists that the standard is not met, and it is required to completely eliminate the fine layer.

The customer’s request is the last word, which is determined by the cruel market competition. Nowadays, in this high-tech field, there are more and more competitors, and private enterprises are also entering the market. Shanghai HY Industry Co., Ltd wants to break through and only rely on product quality to win. After repeated trials and researches, after 16 months of research, they finally broke through the industrial technical problems of fine-grained layer carburizing of the inner wall of high-temperature alloy tubes, realizing the importance of the physical quality of GH536（Hastelloy X ）pipes to meet the requirements of customers and ensuring the main military aircraft in China. Reliability and advancement of components.

Some people think that the military product market is mainly in the field of special steel enterprises. Of course, this view is not wrong, and the proportion of electric steelmaking should be appropriately increased. However, Pu steel companies can also enter the military industry.

According to incomplete statistics, the steel plate production capacity of China’s steel enterprises is about 16 million tons, and the production capacity of pipeline plates (volumes) is about 10 million tons, all of which have reached the level of overcapacity; if there is excess capacity, can enterprises change the market and develop toward military products? What? 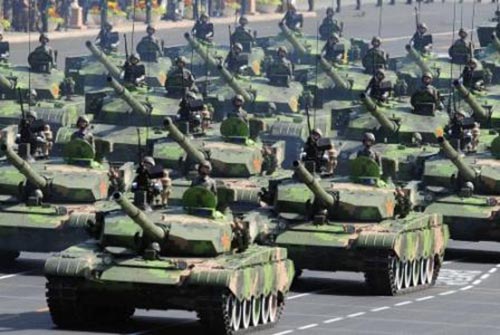 According to experts from INSECTEELl, a subsidiary of ArcelorMittal Group, the company changed the traditional water quenching process of automobile panels into oil quenching technology, which greatly improved the wear resistance, processing performance and heat resistance of the products. The high-strength steel produced by the company has the characteristics of low carbon and low alloy steel, and can be applied to military armored vehicles, armored vehicles and special vehicles, and can effectively reduce the weight of the vehicle. JFE Japan has similar technological innovations in the production of automotive panels. The application of cooling technology and direct quenching technology has improved the wear resistance of high-strength steel and the working characteristics at -40 °C. It can be applied to excavators and shovel. Earth machine, truck, crusher. The turn of the production process of automobile plates in France and Japan has inspired the steel enterprises that produce automobile plates in China, and it is feasible to develop military products.

Not only that, the high strength and light weight of steel plates for bridges, such as the promotion and application of low carbon bainite bridge steel Q420, provide light conditions for the military pontoon bridges in the battlefield bridging, which is conducive to the rapid erection of the army in wartime. bridge.

In addition, the application of pipeline steel coils in military industry is also very extensive. The steel pipes can be applied to the oil supply pipeline of military airports, and can also be applied to various military vehicles (such as tanks, armored vehicles, personnel carriers, etc.) on the battlefield. Temporary and quick laying of steel pipe oil pipelines for replenishing oil. This temporary and quick-laying steel pipe transmission line is made up of one steel pipe. The length and weight of each steel pipe should be suitable for the soldiers to transport, and the surface of the steel pipe should be smooth. Therefore, it is necessary to use the ERW that has been deburred on the surface (straight seam) Resistance welded pipe), the length of the welded pipe is generally about 2 meters.

There are many types of steel pipes on aircraft carriers and various warships, such as fuel oil, hydraulic oil pipes, steam pipes, compressed air pipes, and water pipes. According to reports, the total length of the steel pipe on the British aircraft carrier is about 43 kilometers. In addition, steel pipes are also used in military vehicles. For example, Germany has designed steel pipes instead of thick steel plates for tanks, thereby reducing the weight of the tanks.