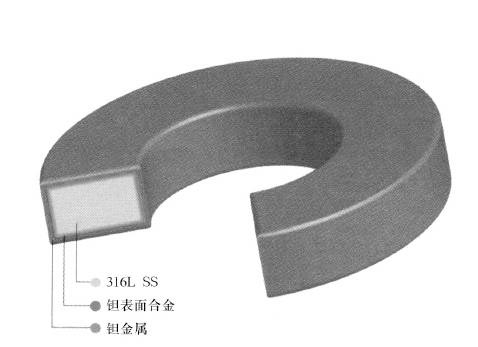 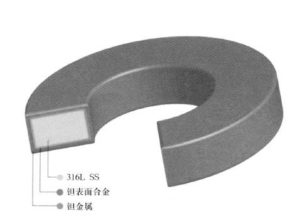 With global energy demand growing and oil resources depleted, oil reserves are deeper and more difficult to mine. With existing technology, the well can be mined to more than 35,000 feet. To this end, the oil and gas industry has developed a large number of proprietary technologies over the past few decades. The materials required for extreme conditions have always restricted the exploitation of deep well fields, especially acidified oil fields containing hydrogen sulfide (acid gas).

Simulating acidified oil well environments is a common practice in the oil and gas industry. This technique pumps a strong acid through the pipeline into the reservoir. Commonly used acids are hydrochloric acid, hydrofluoric acid, acetic acid and formic acid. These acids are highly corrosive to every alloy used in production, and the acid rate increases sharply in high temperature and high pressure environments.

Acidification is a common practice in oil production by pumping strong stimulating acids into the reservoir through pipes, avoiding damage to the formation, increasing the porosity of the formation, and cleaning up sediments in the pipeline. Concentrated inorganic and organic acids containing preservatives are used for acidification. Commonly used solutions include:

Laboratory and field experiments have found that corrosion inhibitors have limited effects. The on-site use of 25Cr duplex stainless steel pipe shows that the corrosion rate is about an order of magnitude higher than the corresponding laboratory data at temperatures around 130 °C; this finding means that the corrosion inhibitor performance at the site is reduced because the flow rate is considered. Or the consumption of corrosion inhibitors. A number of studies have concluded that corrosion inhibitors have different anti-corrosion effects between different types of alloys, such as carbon steel and duplex stainless steel, and it is difficult to alleviate corrosion of petroleum pipelines composed of different alloys. The presence of hydrogen sulphide in many wells also affects the preservative effect, and there may be a “competition” between the sulphide and preservatives on the alloy surface, which increases the corrosion rate by an order of magnitude.

This paper focuses on the results of laboratory studies to evaluate the corrosion resistance of various alloys in the acidification environment of oil and gas exploration in deep wells, and to help users in the oil and gas industry to further understand the materials applicable to these extreme conditions. There are several alloys used in the experiment, including stainless steel (316L), nickel-based alloy (HASTELLOY C-276), titanium alloy (Ti6 and Ti 6Al-2Sn-4Zr-2Mo), and bismuth composite (316L+ bismuth alloy surface). ). The test was carried out in two groups. The acidification environment was divided into weak (10% acetic acid) and strong (10% hydrochloric acid + 10% acetic acid + 15 psia hydrogen sulfide), all of which contained no corrosion inhibitor. The test temperature was 232 ° C, which was equivalent to the deep well. Bottom temperature.

In order to carry out the test under the specified environmental conditions, the 0.5L autoclave made of HASTELLOY C-276 alloy was initially selected and equipped with normal fittings such as thermocouples, valves and fasteners. Due to the corrosive nature of the test environment, the integrity of the HASTELLOY C-276 reactor exposed to multiple corrosive environments has been problematic. The wall thickness of the autoclave was greatly reduced, which eventually led to a catastrophic accident in the pressure vessel. In addition, the dissolution of the test equipment caused pollution to the test environment, causing doubts about the validity of the test results.

The acidified exposure test was carried out in a static degassing environment. Initially, the 0.5L autoclave was made of HASTELLOY C-276 alloy and equipped with normal fittings such as thermocouples, valves and fasteners. Due to the corrosive nature of the test environment, problems with the integrity of the HASTELLOY C-276 alloy reactor end up. The wall thickness of the autoclave was greatly reduced, which eventually led to a catastrophic accident in the pressure vessel. In addition, the dissolution of the test equipment caused pollution to the test environment, causing doubts about the validity of the test results. Due to the strong corrosive nature of the environment, it is necessary to prevent excessive corrosion and possible pressure vessel failure. The material of the autoclave is changed to a 316L composite plate whose surface is niobium alloy. The components in the autoclave were made of niobium alloy + 316L composite or alumina ceramic. The results show that the niobium surface alloy plays a key role in the integrity of the equipment in the harsh acidification test.

In the 232 ° C 10% hydrochloric acid / 10% acetic acid / 15ps hydrogen sulfide test, in addition to the surface alloy, the corrosion rate of other tested alloys is very high. The corrosion rate of the niobium surface alloy sample was zero, and only the blue film produced from the metal ion plating in the solution during the exposure period was observed. After 8 hours of exposure to the solution, the 316L, Ti 6-4, Ti 6-2-4-6 samples were completely dissolved (see photo of the test frame after exposure in Figure 5), indicating a corrosion rate of at least 16 inches/year. (406mm / y) ~ 41 inches / year (1049mm / y). The HASTELLOY C-276 specimen was severely corroded with a corrosion rate of 21 inches/year (531 mm/y). According to the naked eye inspection, there is no trace of corrosion on the surface alloy equipment and the configuration parts.

The usability of niobium surface alloy samples, autoclaves and fittings proves that in the strong erosion environment test, the anti-corrosion effect of the treated surface is very good. After inspection of the sample, the kettle and the fittings, no localized erosion, air bubbles or other damage was observed in the surface alloy or the underlying base metal.

Due to their unmatched corrosion resistance, availability and economy, niobium surface alloys are expected to replace high-performance corrosion-resistant alloys such as nickel, titanium, zirconium and, of course, niobium alloys.